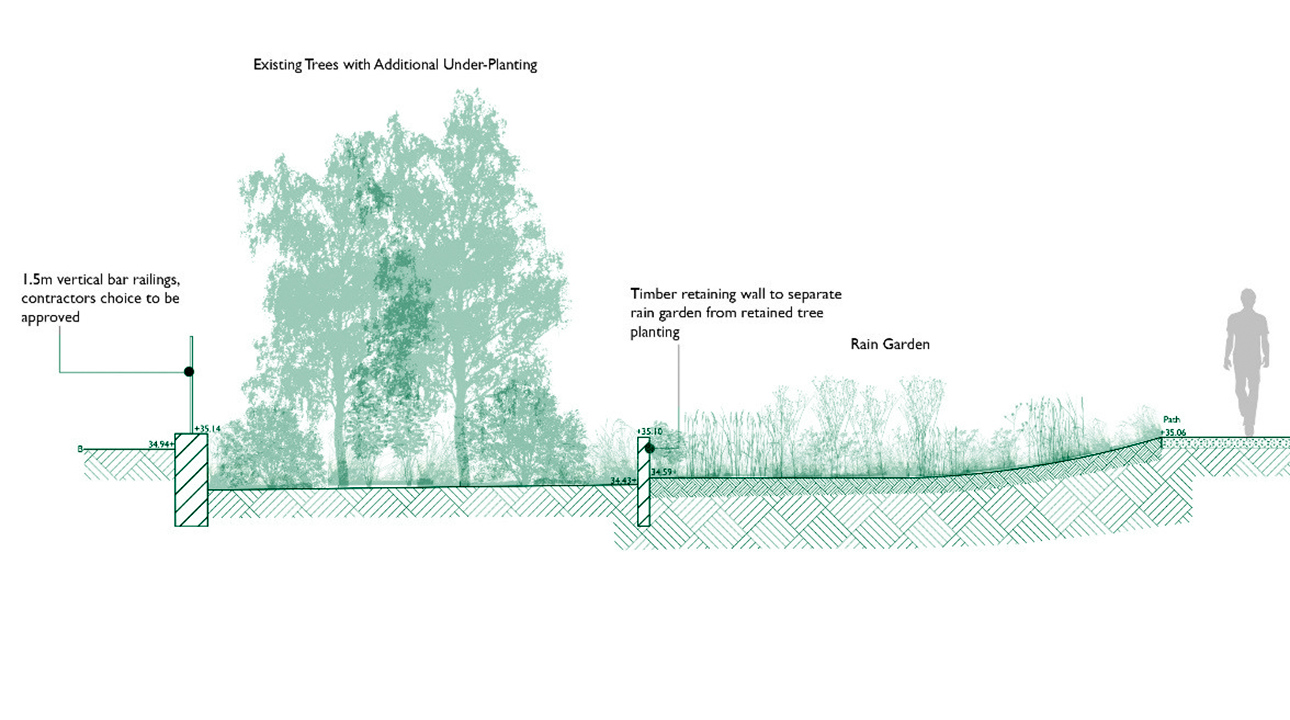 In 2015 we won a tender to design the grounds of a new secondary tuition centre in Enfield. It is now getting near time for our design to be built – always an exciting point in a project.

Secondary Tuition Centres are for children who have either been excluded from their school or who are at risk of being so. Orchardside Centre is a new building on the site of a former plant nursery and garden centre on Bullsmoor Lane in Enfield.  It is close to Capel Manor College, a nationally-famous horticultural college, and is in a conservation area.

The site is bounded on all sides by trees or tall hedges and this has been a strong influence on our design. Access roads along the eastern and western boundaries are being laid on a cellweb “no dig” webbing layer to prevent harm to the roots of the site’s trees.

Another key design consideration has been the need to make the site drainage sustainable:

The image shows part of one of our design drawings of the rain garden.