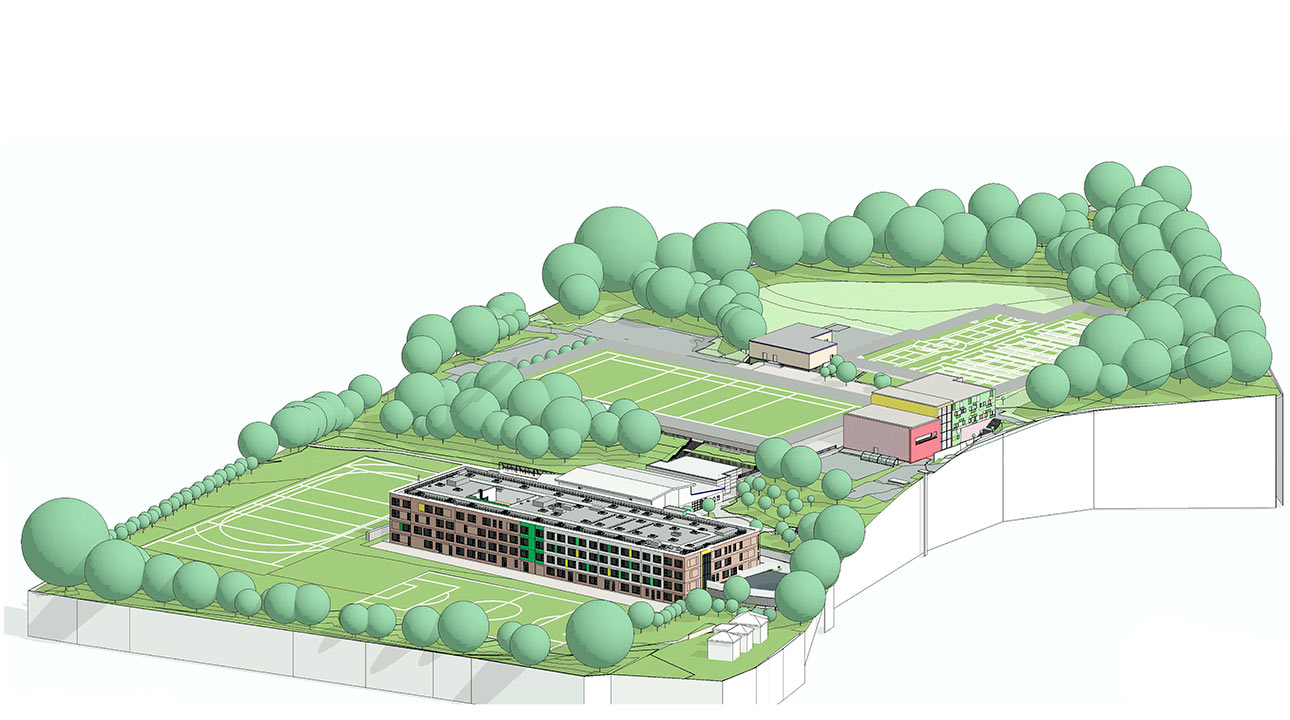 Wynne Williams Associates has been working with Kier Construction on a new three and a half storey secondary school building at Bitterne Park School since 2015. The project is well under way on site with the build phase planned to complete this spring.

The EFA-funded scheme is part of a programme of expansion of secondary school places in Southampton which will see the school grow from 1,500 to 1,800 pupils. The school have continued to occupy their existing building while the new one has been constructed. Once they move in summer 2017 the old building will be demolished and a new sports pitch built in its place. This allows a clean transition, as well as providing them with up to date teaching facilities and sports provision.

The site has a couple of challenges. First, it drops by 12m from south to north. Our design for the school’s grounds features 3 terraced levels, with extensive use of retaining walls and steps to provide access.

Second, the site sits under the main flight path into Southampton Airport. This had to be taken on board in both the overall site design and our landscape design. Large tree species or those with spreading canopies could not be used so as not to affect low flying aircraft. The building could not be set on the higher terraced areas located south of the site for the same reason. Trees that fruit had also to be avoided because of concern that this could attract bird species which might create a risk of bird strikes.

Kier are now on site, making excellent progress. Once the new building is occupied the work switches to demolition of the old building. The scheme is set to complete in September 2017 and we are working closely with Kier to help them achieve their completion date to the highest standard.