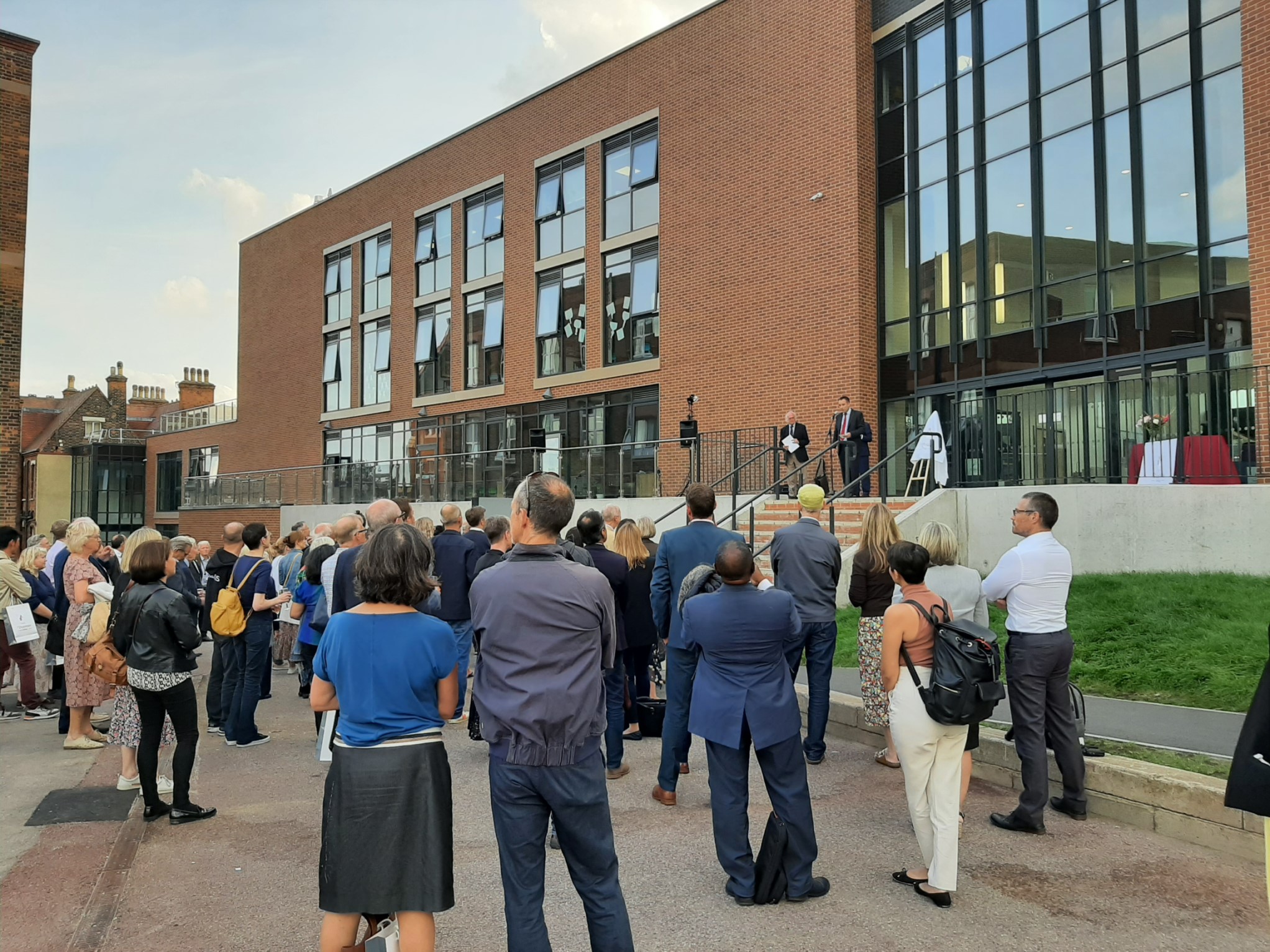 We were delighted to attend the official opening ceremony for the new STEM Block and Sixth Form at St Dunstan’s College. The opening speech was delivered by Nobel Prize winner, and St Dunston’s alumnus, Sir Martin Evans.

As part of a drive to maintain their status as one of the country’s leading independent schools, St Dunstan’s College in South London has recently commissioned and constructed a new £25 million extension which houses pre-school pupils, the junior school, STEM class bases and the college’s sixth form.

Wynne-Williams Associates have been involved in multiple projects for the college, including external works for the new extension, sports facilities to replace those lost, and ongoing work to create a new plaza area at the rear of the college.