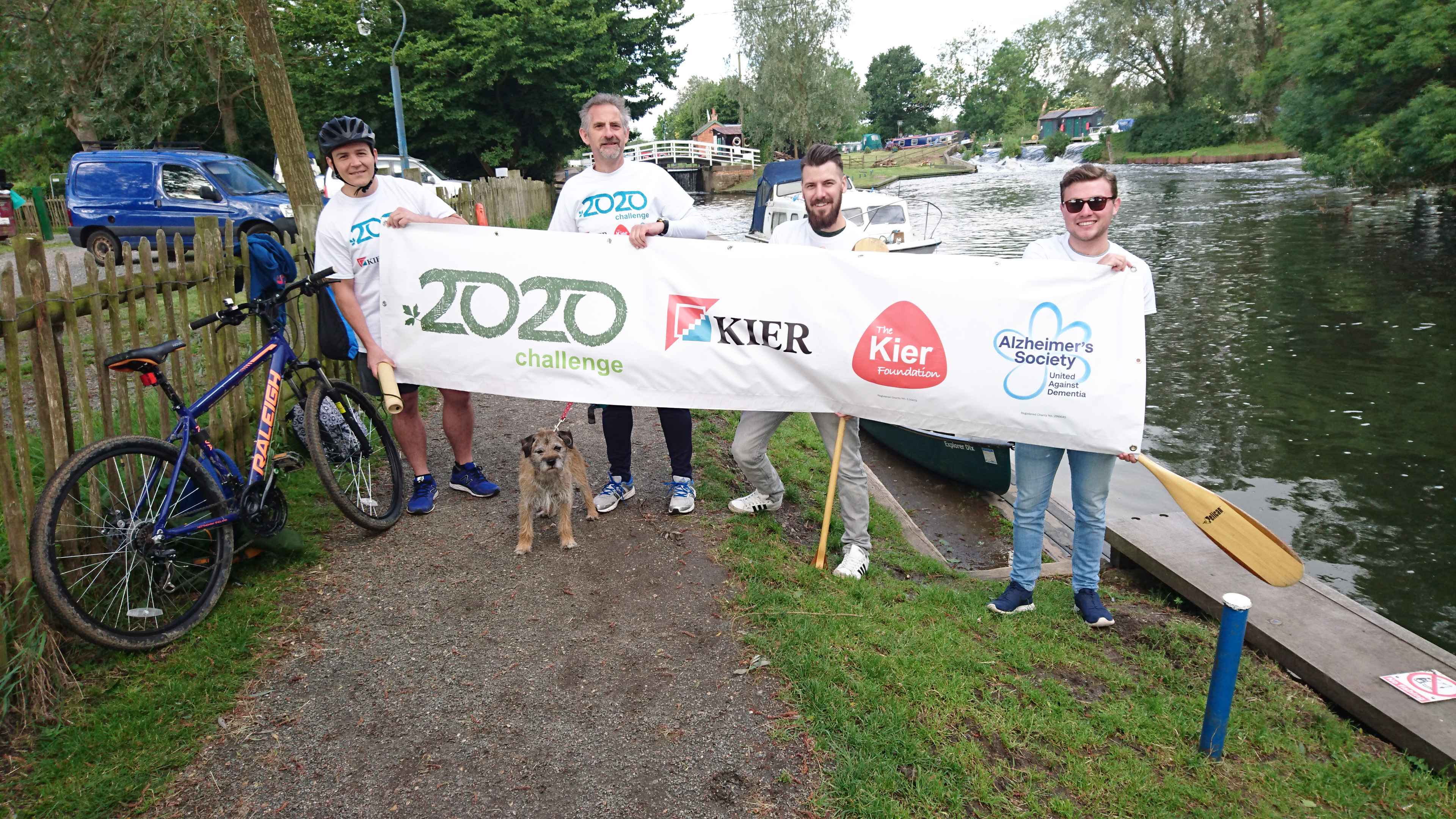 All members of the WWA team contributed to the Kier Construction 2020 Challenge this week. This involved taking part in a physical activity to add ‘green’ miles to a collective total. Activities included swimming, canoeing, ice skating, cycling and running. The aim of the event was to raise money for four important charities:

Kier employees have been travelling the length of the UK, starting at their most northerly Kier site in the Orkney Isles, and working their way to the most southerly in Truro, Cornwall. Along the way participants will cover a total distance of 4500 miles within 2020 hours (approximately 12 weeks). All miles must be completed using only ‘green’ methods of transport.

Our involvement was in the eastern leg of the challenge. The day began with Gill, Karen and Jackie each swimming two miles at local pools. The baton then fell to John, Alex and Tom who canoed 10 miles along the Chelmer and Blackwater Navigation Canal. Luckily, they managed to travel the whole way without capsizing. The only team member to get wet was Freddie the dog who misjudged the jump to shore. Travelling alongside the canoe on the tow path were Matt Bird on his bike and Bobby running. They each covered 13 miles from Chelmsford to Heybridge Basin.

In the afternoon, Pam and Louise both skated 10km at the ice rink in Chelmsford. To add further difficulty, they worked in some acrobatic moves and even did some laps skating backwards.

Matt McGrath cycled 20 miles with the main Kier pack from their Witham office to the University of Essex, averaging an impressive 17mph. Lucy also cycled 22 miles on local roads to bring the Wynne-Williams collective total to 116 miles.

We are very grateful to those that have donated to our fundraising page and are happy to have reached our initial target of £500. If you would still like to donate, our JustGiving page will remain open until 21st June.