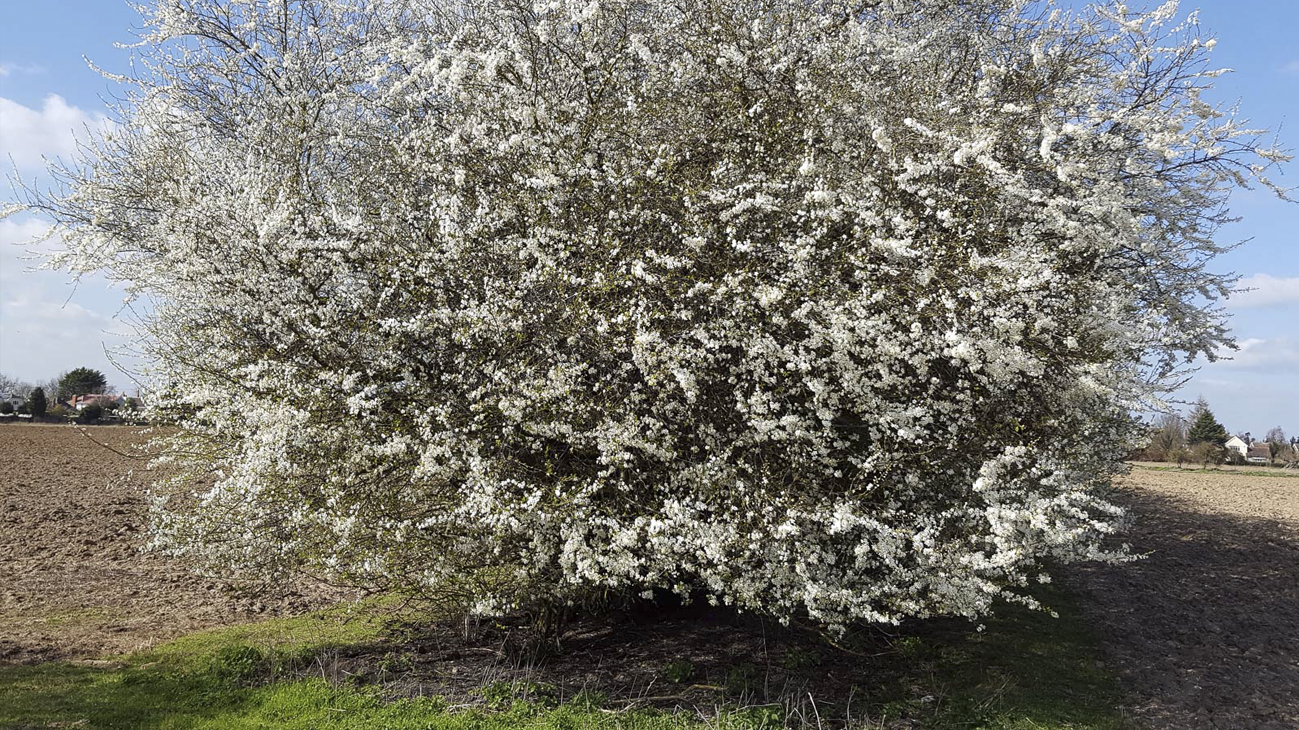 Britain as a whole, and our part in eastern England in particular, has seen an exceptionally mild March followed by some remarkably hot days in early April. The result has been obvious for anyone interested in plants or wildlife: spring has come early.

New leaf growth in most deciduous trees and plants is triggered by a complex combination of factors. Temperature by itself is not enough which makes good sense: otherwise leaves might grow in an unseasonal warm spell in winter only to be killed by a return to cold conditions. But, once the days are long enough, temperature is the key influence, and this is why a warm March has meant early leaf emergence this year. If you have a garden you will have noticed the results and we certainly have on the fields and hedgerows around our office here in Essex.

The same is also true of flowers – or at least those on shrubs and trees rather than annuals and bulbs. Two common thorny shrubs or small trees in Britain are blackthorn and hawthorn. The flowers are out before the leaves on blackthorn, while the opposite is the case for hawthorn. An old alternative name for hawthorn is May because that is when it is often in flower. This year, judging by the buds, hawthorns round us will be flowering before the end of April.

As for the blackthorn, that started flowering in early March and the flowers have now gone and the sloes (the fruit) are already growing. The photo above is of a blackthorn, and was taken on 15 March, about a week after the flowers appeared. You can just see a hedge of hawthorn in the background of the photo. These were bare when the picture was taken but one month later the leaves are all out and the flowers are budding.

One practical consequence of spring is that it is no longer possible to plant trees and shrubs unless they are supplied in a container with soil around the roots. In the winter months, it is usual practice to plant “bare rooted” – the plant is dormant so can better survive the stress of being out of soil. Another consequence is that great care should be taken if planning to cut down trees or even just prune them substantially. This is because birds are now nesting and it is against the law to destroy an in-use wild bird’s nest.