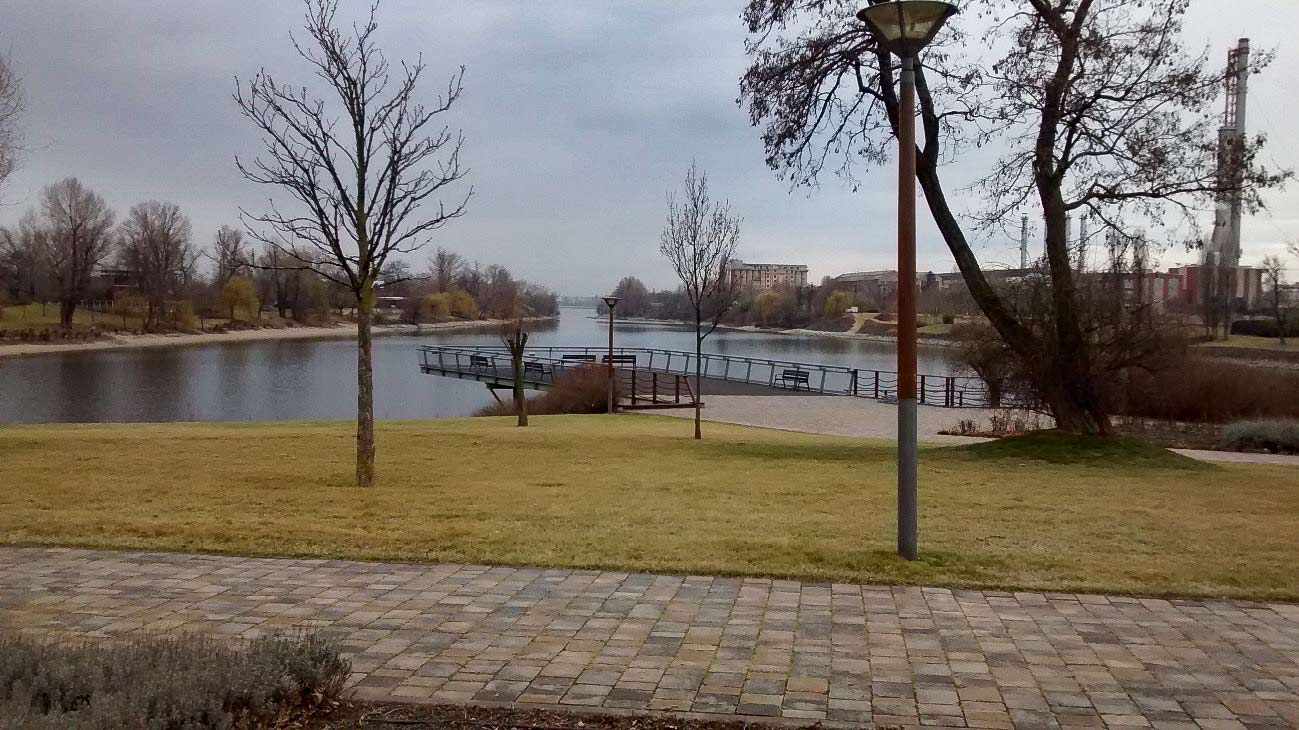 Two of our part time master’s students, Lucy Nicholls and Bobby Browne, have just returned from a study tour to Budapest with Writtle College. The four day tour included visits to the newly designed Lagymanyosi Bay Park, the Arboretum at Szent István University, the historic sites and diverse urban design in the city, and studying the relationship between the River Danube and surrounding city. The trip also provided a good opportunity to sample the famous thermal baths, food and drink of Budapest!

Their most memorable landscape was the newly designed riverside park, Lagymanyosi Bay Park, as shown in the picture. This park has transformed a contaminated industrial landscape into an attractive green belt alive with restaurants, canoeing, play areas and even beavers! Due to the inland location of Budapest, imported sand has also been used to create beaches between the park and river Danube- a landscape that we take for granted in the UK. The park design was heavily influenced by flood mitigation and facilitation, decontamination and the industrial heritage of the site. This can easily be seen by the designed forms and sensitively chosen materials.

Lucy and Bobby also thoroughly recommend visiting the refurbished urban square outside of the parliament building and Buda Castle District World Heritage Site for stunning views over the city.

We look forward to seeing some of the design ideas from the study tour reflected in their final projects.